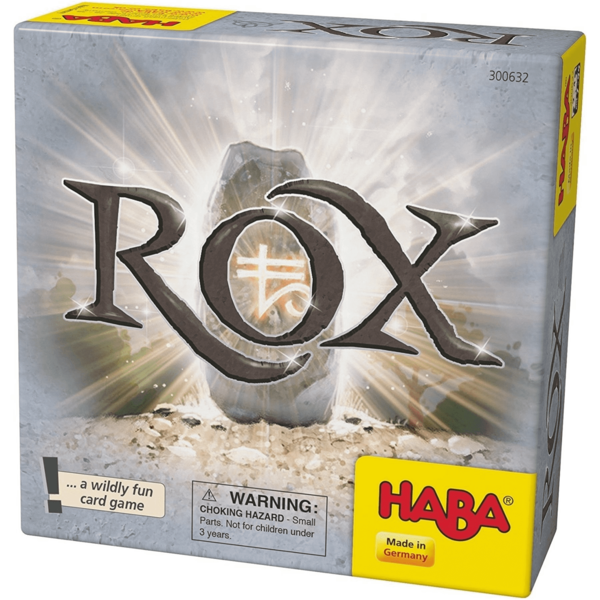 In ROX, the druid players are presented with sixty cards that lay scattered on the table. Each card is one of five colors with a matching colored totem in the center of the card, and the border of the card has sixteen symbols in a mixture of the five colors.

To start a round, each player takes a card from the center, looks at the border to see which color/symbol is most prominent, then takes a card of this color, looks at the border, etc. until the player has placed a total of five cards in front of them. One all players have finished, the first player to finish uses a magic eye card to verify that they made the correct color choices for each card that they placed. If they did, they take the highest scoring card for the round; if not, they get nothing.

After a certain number of rounds, the player with the highest score wins.

No reviews found...
Add your review

was added to your shopping cart